So this week in recap:

Monday on my way home I called mom to see how she was doing. From the sound of it, she had just gotten up from a nap. I would soon find out that she was in a Vicoden haze because she had been in terrible pain all day. Because she had been coughing so much, her rib was giving her pains....remember, the rib that was already thin and that the doc said could break if she coughed too hard? Yeah, that one.

Mom said that she called dad home to take her to the ER, but instead of taking her to the hospital, they just decided to have her take some pain meds and then call her oncologist and my cousin. I was flaming mad. This is how it always works with mom.....brush everything off until the last fucking minute when she is in so much pain that she can't even breathe.

Also in that conversation I found out that mom's new drug had NEVER BEEN ORDERED from CVS. It was basically just sitting in their computer doing nothing. Could we have known about this earlier? Yes. But instead, my mom doesn't want to "bug" anyone and we don't find out about this mistake until a week later. Classic mom.

Honestly, I just wanted to give up. If she and my dad aren't going to take any help and be pains in my ass, why am I worrying so much? Oh yeah, because it's the woman who gave me life. 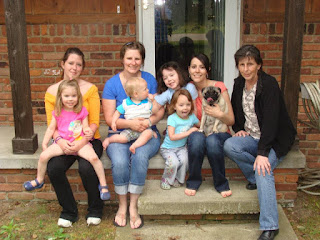 Fast forward to Wednesday when my sister tells me that mom has a ton more spots and nodules on  her chest than she did just a mere week ago. It's obvious that we are losing control of this motherfucker. Mom called me this morning and told me that she and the doc spoke and that we are going to forego the oral chemo and go straight to IV chemo. The last stop on this journey. We are out of options.

Mom will now begin chemo once a week for three months. 2.5 hours at a time. Now, I am not sure of the cocktail mix that she is going to get with this, but I fully expect hair loss, vomitting, diarrhea and other debilitating side effects.

After I got off the phone with mom, I lost it in my office. My friend Julie came in and helped as best as she could. We are losing mom. How terrible. Our last Christmas. I really hope those words aren't true. I was up from about 1-3 this morning on and off crying. Mourning. Wondering if I am going to give a eulogy. Wondering who will come to her funeral. Wondering if Colin will remember her....she's been sick his whole life.

Today I am going for counseling at The Gathering Place. I need it.
Posted by Jessica at 7:59 AM

Jessica
Welcome to my blog. This was a tear-drenched, foul-mouthed journey through my mom's metastatic breast cancer. I started writing because I couldn't find other daughter's stories....so I began my own. I am truly sorry if you are visiting here because your mom or loved one has MBC. But I am hoping that I can help.